On Saturday morning, Amy Poehler made an exciting announcement at the Television Critics Association’s winter press tour and announced the big Tina and Amy will be back hosting the Golden Globes in 2021! We’re so excited about this! You can read more about it below.

Amy Poehler and Tina Fey are headed back to the Golden Globes stage.

The news came via Poehler’s surprise appearance at the Television Critics Association’s winter press tour Saturday. An exact date in 2021 has not been decided, but the telecast will mark the comedy pair’s fourth time hosting the awards show. Poehler and Fey were universally praised for their on-stage rapport during their previous outings in 2013, ‘14 and ‘15.

News of their involvement will inevitably be seen as a coup for producer Dick Clark Productions, the Hollywood Foreign Press Association and longtime partner NBC, particularly at a time when major award shows have struggled to line up hosts. ABC announced earlier this week that next month’s Oscars will go hostless for its second year in a row.

The announcement comes just a week after NBC aired the annual award show with Ricky Gervais on the dais. The British comic, who’d hosted four times before, joked that this time would be his last, giving him the freedom to unload on the Hollywood system and its benefactors. At one point during his recent stint, he suggested the night’s winners come up, “accept your little award, thank you agent and God and fuck off.” Viewership for the night’s ceremony was down slightly, with the star-studded show hitting an eight-year low.

Fey and Poehler both have long-standing relationships with NBC, beginning with their star-making turns on Saturday Night Live. More recently, Fey created and starred in 30 Rock and produced Unbreakable Kimmy Schmidt for Netflix. She, with Robert Carlock, will exec producer NBC’s upcoming comedy starring Ted Danson as L.A.’s mayor. Poehler, who starred in Parks and Recreation for NBC, is an exec producer and host of NBC’s Making It and a hands-on producer on Netflix’s Russian Doll and Fox’s upcoming animated comedy Duncanville. Poehler also announced that Making It has been picked up for a third season. 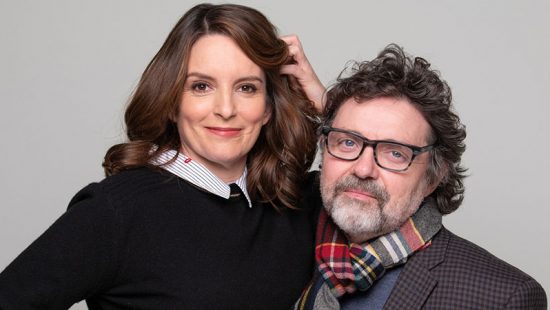 Soul Streaming on Disney+
22
A journey from the streets of New York City to the cosmic realms, discovering the answers to life's most important questions.
Info News

Maggie Moore(s) Post-production
TBA
Maggie Moore(s) takes place in a dusty desert town where nothing ever happens, as a police chief is suddenly faced with the back-to-back murders of two women with the same name.
News